The all-new Holden Commodore Supercar has secured three podiums at this weekend’s Perth SuperSprint, Round 5 of the Virgin Australia Supercars Championship.

The drive of the weekend went to Autobarn Lowndes Racing star Craig Lowndes who powered his Commodore to third place today from dead last on the grid [26th].

Lowndes, who was joined on today’s podium by the Erebus Penrite Holden of David Reynolds [2nd], put the super performance down an ultimate team effort.

“I said to Irish [Lowndes’ Engineer] ‘you call the shots, and I’ll drive the wheels off it’ and we did that today and all our guys did a great job,” Lowndes said.

“The Commodore was really strong and we had good battles throughout the race and I can’t thank the guys and girls enough for giving me a car that I could do what I did today [from the back of the grid].

“We had a green set of tyres for the second stint today and that was our longest stint for the race so that worked really well as we had a short stint to finish, and we could push really hard and pass a few people to get that podium spot.”

The result marks an astonishing stat for Lowndes at Barbagallo Raceway, his 30th consecutive top-8 Supercars finish at the circuit. 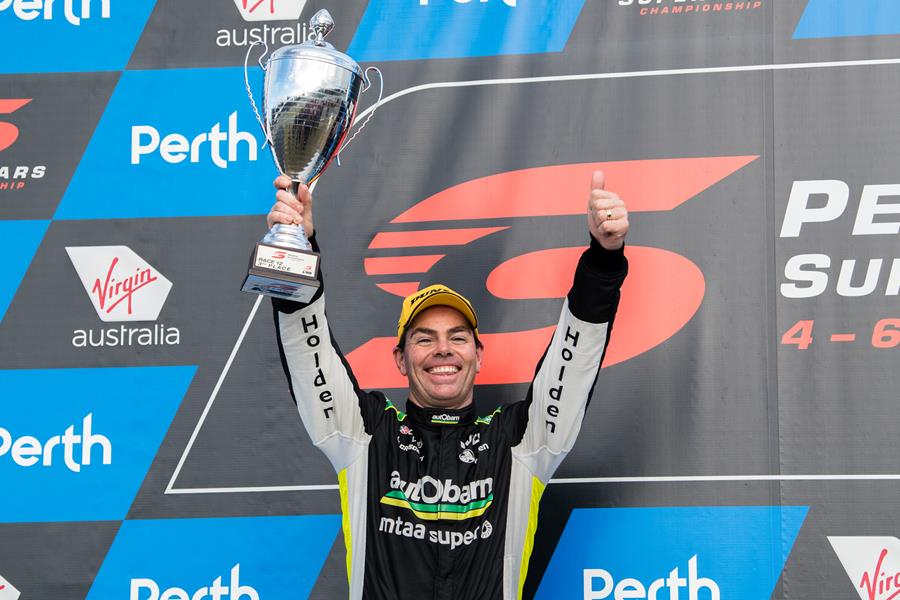 Reynolds efforts see him maintain third in the Supercars drivers’ standings after the weekend’s event in Western Australia.

“This is the best performance I’ve had here so I just want to say a big thanks to all the team, they did an amazing job all weekend,” Reynolds said.

“After what was a pretty terrible day on Saturday I’m just really proud of everyone at Erebus that we bounced back and secured the podium today.” 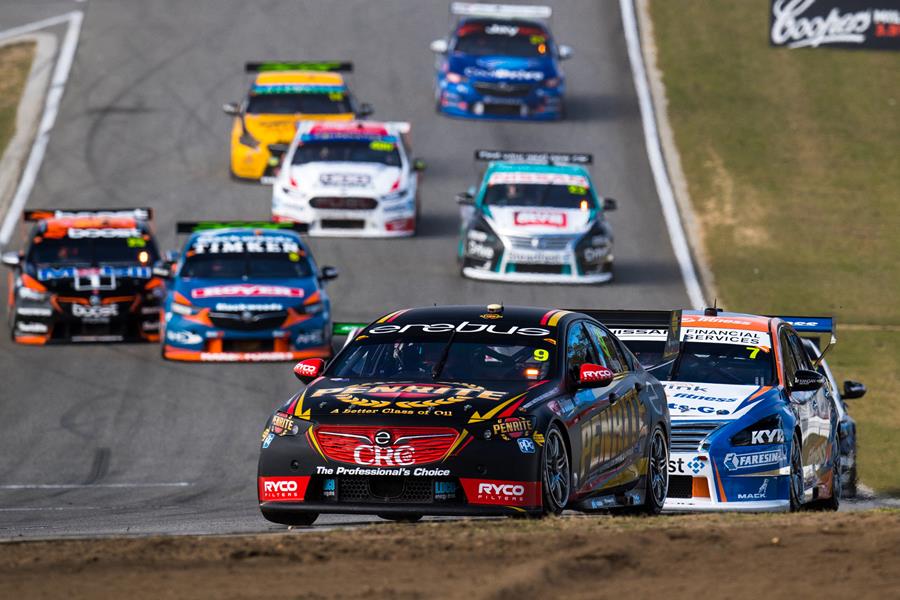 The Red Bull Holden Racing team took the bull by the horns and produced a stunning qualifying performance today which saw Shane van Gisbergen secure his 23rd career pole and teammate Whincup 2nd to lock out the front row of the grid.

While the pair couldn’t quite convert the effort into a podium result, fifth for Van Gisbergen and sixth for Whincup was a solid consolation as they ensured five all-new Commodore Supercars finished in the top-6 for Sunday’s race, with Van Gisbergen securing enough points to maintain second in the drivers’ standings.

A superb drive on Saturday by Van Gisbergen saw the Kiwi power from 12th on the grid to finish third in the opening sprint race at Barbagallo Raceway.

Running a longer strategy afforded the #97 fresher tyre life at the end of the race as Van Gisbergen picked off plenty of cars around him over the closing laps to secure the final podium spot.

“The car was really good in the race on Saturday, just not quite on the pace in qualifying but it was pretty awesome coming through the pack at the end of the race,” Van Gisbergen said.

“Thanks to Red Bull, thanks to Holden, Caltex and all out partners, it was a great day for us.”

Round six of the Virgin Australia Supercars Championship takes crews to Victoria for the Winton SuperSprint on May 18-20.